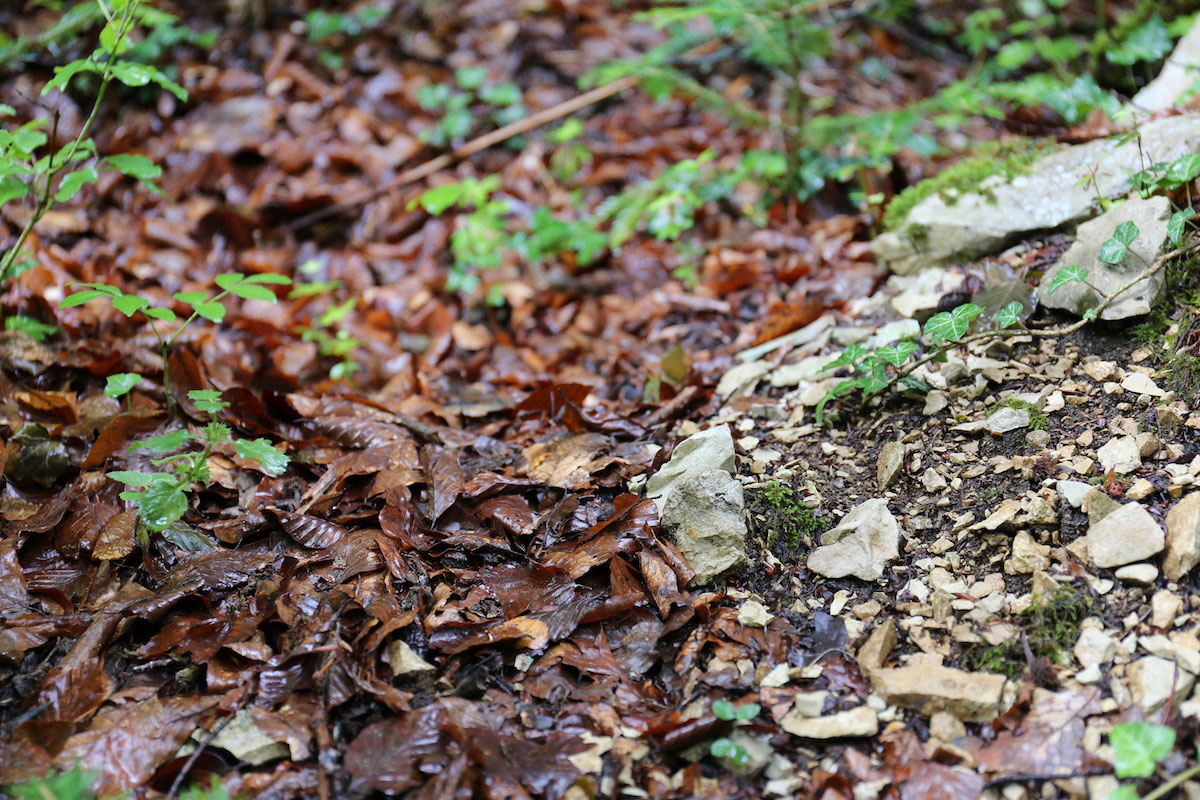 What happens under the surface?


Soils and their perception

Soils present themselves to us mostly as differently composed surfaces, with that which is underneath escaping our perception. Soil ecosystems are complex and their biotic interactions closely interwoven. Soils are highly sensitive to any disturbances, be they human farming systems or forest management. Healthy soils are of key importance, because they provide indispensable ecosystem services; soil systems filter and regulate water, provide nutrient cycles, deplete toxic substances etc. Sustainably managed soils enhance the resilience of agricultural systems and are better able to adapt to changing climatic conditions while also contributing to the reduction of greenhouse gases in the atmosphere by carbon sequestration.

In contrast, soil degradation has increased over recent decades—not only in its spectacular form in the tropics, with immense land loss through deforestation and erosion, but directly at our front door, on the fields where our food is being produced, through pollution with mineral fertilizers, pesticides and antibiotics, and through soil compaction with increasingly heavy machinery.

There seems to be a basic perception problem behind these environmental issues; the pedosphere and its functions or state of health cannot easily or instantly be translated into a sensual experience. It is a black box that needs to be opened up and interpreted by experts, and their findings must then be mediated to “nonexperts.” For the most part, the ground at our feet is not an object of our observation or contemplation; it is just there and is being treated like some dead mass, because it eludes our direct perception. Increasing awareness of soil ecosystems is therefore an important issue.

In ecoacoustics, soundscape ecology or acoustic ecology, audio recordings are used to analyze ecological relationships. Almost every organism produces sound waves as its life manifestation. Be it movement activity or communication, we can potentially hear which organism does what under which circumstances on the one hand, and we may contextualize the organism’s activity with the sounds of the environment on the other.

What can you hear in the soil?

A healthy soil is home to a wide range of fauna and flora. It ensures the basic soil functions such as the decomposition of vegetable litter and nutrient cycling. The more diverse the creatures living in the soil are, then the higher is the functional redundancy of the ecosystem, i.e., if individual species are missing, their function can be taken up by other species in the soil. Soil fauna come in different sizes – ranging from bacteria and nematodes (roundworms), known as microfauna, to macro- and megafauna, such as beetles, earthworms and moles, thereby spanning a complex network of interactions and nutritional dependencies. With our acoustic equipment, we can primarily hear the meso- and macro- soil fauna, i.e. all the animals larger than half a millimetre. Meso- and macrofauna perform important functions in the soil – these organisms shred plant residues, prey on other soil fauna and loosen the soil by burrowing. A large diversity in meso- and macrofauna reflects a healthy ecosystem.

This sound map contains the recordings of soil fauna such as springtails, mites, centipedes, beetles, isopods, fly larvae, earthworms, spiders, orthoptera (grasshoppers) and cicadas. We took soil samples from all the recording locations of the research project (large dots) and identified and counted the animal species. The majority of soil fauna make noises when moving through the soil or eating. A few also make use of the soil to communicate with each other. Some of the animals live in the litter layer - the decomposing plant material lying on the surface of the soil. In addition, animals can also be heard who live on the soil, using it as a communication medium by generating vibrations that can be picked up by their conspecifics via the legs or body.

Soil fauna produce different noises – according to the size and structure of their body as well as their behaviour: the greater the variety of animal sounds you can hear in a recording, the more diverse is the soil fauna. This can also be acoustically measured and statistically evaluated. In the Sounding Soil research project, we have attempted to acoustically measure soil biodiversity based on what are known as acoustic indices. We have already been able to identify distinct differences at the various locations of this sound map. For example, conventionally managed arable land is quieter and exhibits fewer different noises than an organically managed meadow. Forest soil is also rather quieter, since this type of soil is generally cooler and the soil fauna there are less active than in a sun-kissed meadow. 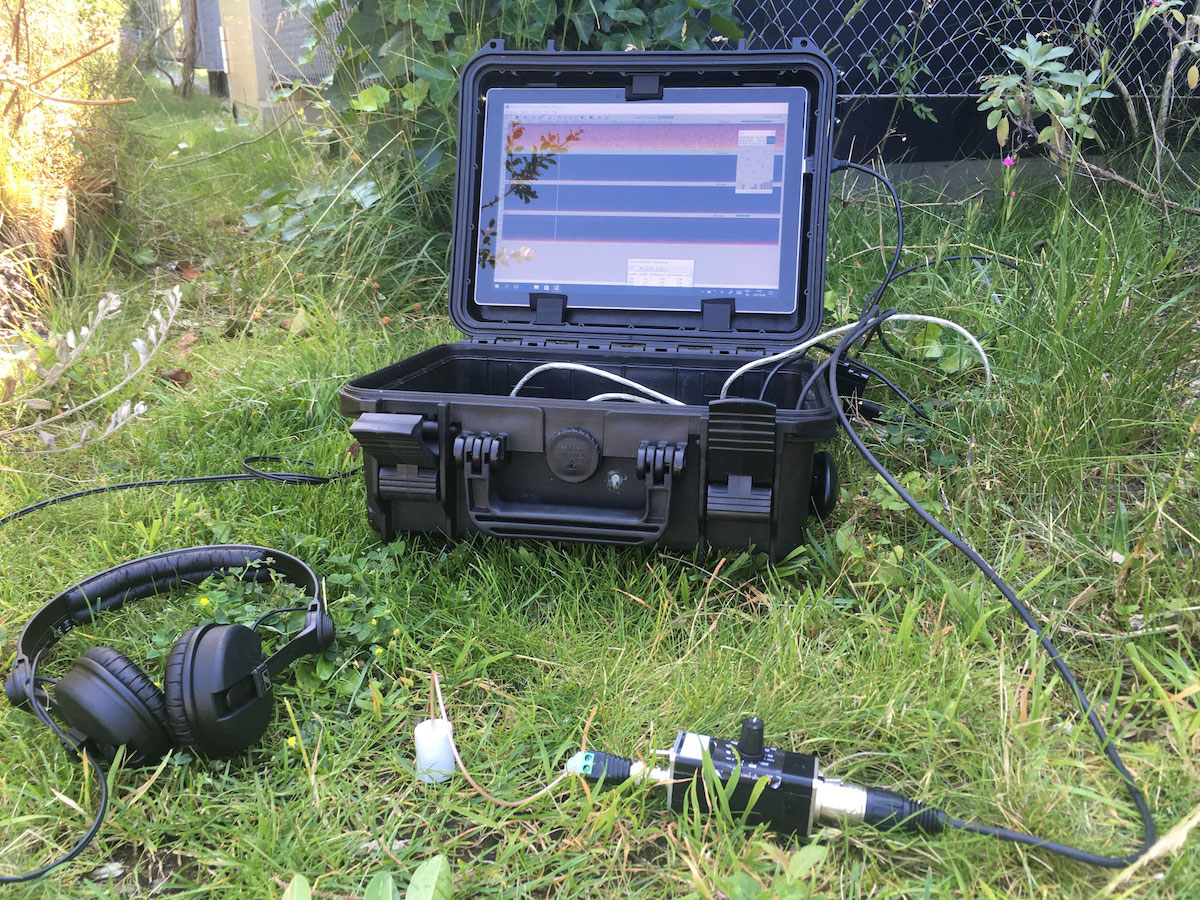 Often it is not only the noises of soil fauna that can be heard but also physical sources, such as rain as it hits the ground and seeps away, or wind moving the vegetation on the soil surface that is audible as a rumbling in the soil. Furthermore, other environmental noise can also be heard in the soil. Thus the vibrations from building sites and the proximity of roads adversely affect acoustic recordings and measurements in the soil – this is particularly the case with aircraft noise, the deep roaring sound of which can drown out the noises made by soil organisms. The effects of acoustic environmental pollution on the distribution, activity and composition of soil fauna remain totally unexplored. Nevertheless, however, it must be assumed that environmental noise produced by humans not only has a negative impact on aboveground and maritime fauna but also on the animal communities living in the soil.

Sounding Soil is an inter- and transdisciplinary research and art project that investigates the acoustics of soil ecosystems. In this study, methods to record and measure the acoustic activity and composition of soil organisms are being developed with the objective of assessing biodiversity in soils rapidly and affordably by acoustic means. Recordings of the soil fauna will be part of a participatory art installation and a citizen science project. The project aims to create a first-hand experience of soil ecosystems and increase soil awareness in broader parts of society, be they the urban population, agricultural producers or political decision makers.